This is the full fingerstyle guitar lesson for Fields of Gold.

Sting wrote this beautiful song in the early ’90s and it was released as single from his 1993 album Ten Summoner’s Tales. It went on to reach number 23 on the Billboard Hot 100 in the US and No 16 in the UK charts. Since then, it has become one his best-known solo songs.

This fingerstyle arrangement of Fields of Gold is so much fun to play, though tricky at times, and best suited to the intermediate and above fingerpicker.

Let’s start learning how to play Fields of Gold!

Learn To Play Fields of Gold

Get 25% off tabs, try the courses for free and get exclusive lessons when you join the mailing list. 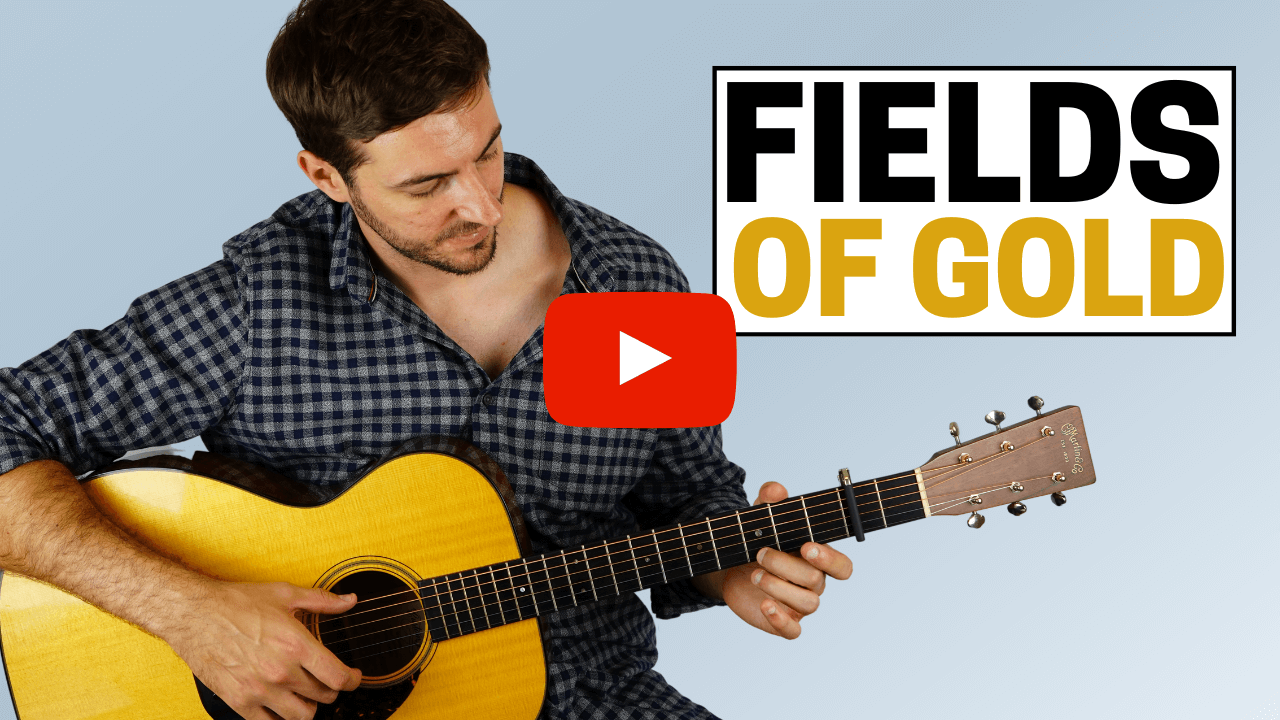 In this first lesson of Fields of Gold we learn how to play the intro and the verse. Really take your time, particularly with the structure of the verse as it really twists and turns.

Want to be a truly great player? Get HUNDREDS of fingerstyle video lessons for an incredible 40% OFF! Take advantage of this brilliant offer and learn absolutely everything you need to know about fingerpicking.

We Recommend These Songs Next